The u13s continued to struggle to find some form and could have no complaints with the result. The opening period suggested that Clerihan would have little difficulty taking the three points as the team started brightly and played some decent football. It came as no surprise when Shane Hickey scored the opening goal and it looked as if more would follow. However , there followed an alarming drop in performance levels and the home side gradually grew in confidence before deservedly getting an equaliser early in the second half. The home side looked the more likely to go and win at that stage but just didn’t have enough about them to finish the game off. From a Clerihan viewpoint , it was all about weak tackling and low work-rate which , if not improved , will see this squad seriously under-perform for the rest of the season.

This was another really poor display from the team who , once again , rarely threatened the opposition goal. Town scored with practically their first real attack and scored a second minutes later to leave Clerihan with a mountain to climb. On both occasions , the attacker ran clean through the defence with nobody even attempting a tackle of any consequence. The third goal before the interval summed things up , a lone Town forward volleying a cross to the net as an entire defence stood watching. It is difficult to understand how much levels have dropped in recent weeks after a couple of promising , albeit losing outings. The second period was all about damage limitation and credit must go the goalkeeper and defence for keeping their opponents scoreless during those 30 minutes. However , it is astonishing that so many seem unaware of their positions and duties , despite the coaches going with two training sessions every week.

This was the opening league game for the u11s and they duly came through with a good win. It was all Clerihan in the first half with Anthony Phelan ( 2 ) , Cormac Freier and Brian O’Sullivan giving the team an unassailable lead. Callum Meagher controlled the game from midfield and Conor Ryan was outstanding on the right flank. The second half was far more competitive and Town deservedly pulled a goal back. As they pressed for more , Riain Bolton showed what a fine defender he really is , breaking up attacks and getting his team going again. A good opening display but a lot of work to be done on finishing , which was well below par and would cost us in a closer game. 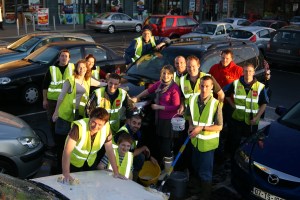 Rathkeevin, Slievenamon and Fethard Macra na Feirme teamed together to run a charity car wash on Saturday November 5th and Sunday November 6th at the Showgrounds Shopping Centre in Clonmel to help raise much needed funds for a defibrillator for the centre.  An extremely enjoyable day was had by all and the event was a great success.  We would like to express our sincere gratitude to Julian and all at the Showgrounds, Sean O’Donoghue Motor Parts, Mahers Plant Hire, Clonmel Machinery, KK Vet and Hygiene, Scanlon’s Food Factory, all those who contributed to the event over the weekend and to all those who volunteered their time and efforts to wash cars.

Macra na Feirme consists of a nationwide network of clubs for young people aged between 17 and 35. There is something for all members with regular sports and social events, drama and public speaking competitions and community projects! If you are interested in joining Rathkeevin Macra please contact Noreen O’Sullivan on (087) 7774837, Slievenamon Macra contact Anne Marie Kirby on (086) 8400071 or Fethard Macra contact Liam Cleery on (086) 3998711.

All proceeds from the card game of Wednesday, November 23
will be donated to The Irish Pilgrimage Trust who raise money to send children with special needs to Lourdes on Easter 212 with the IHCPT.