The U16s showed great character to rescue a point from this game in Clogheen on Saturday last. The home side took a first-half lead but Rory Maher equalised before the interval with a trademark screamer of a shot. It looked ominous for Clerihan when the home side scored twice after the break but Rhys McMorrow reduced arrears from close range before James Maher smashed home the equaliser off the underside of the crossbar. Dale Greene was the Clerihan man-of-the-match with an outstanding performance at centre-back while Brendan Byrne really came into his own in the second half. Reno Roche sustained a freak injury before the kick-off and we all hope that it will not keep him out of action for too long. 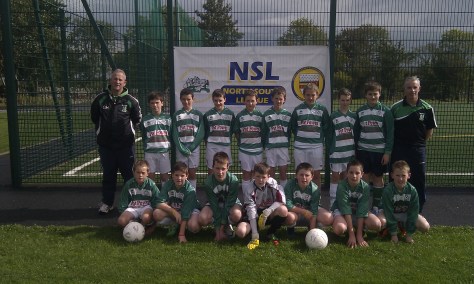 The new NTSL kicked off on Saturday last with Clerihan from the Tipperary Southern District League securing an emphatic win over their Northern District opponents. This new competition brings together the top four teams , based on last years league standings, from South and North with the hope that more competitive matches will help to improve standards.
Sean Maher gave Clerihan the lead after five minutes with a sweetly struck shot to the corner while Luke Hahessy doubled the home team’s advantage shortly after. Clerihan , playing some composed and measured football, were good value for their 2-0 half-time lead. Ballymackey pushed on hard after the resumption but could not penetrate a resolute home defence, in which Jack Burke and Eoin O’Donovan were excellent. John Alan Lowes made the game safe for Clerihan with a clinical finish midway through the second half and Shane Hickey got in on the act late on with a fourth goal. Ballymackey were awarded a penalty when the Clerihan keeper Eoin Power upended an attacker but Eoin then produced a wonderful save to deny the visitors a consolation goal.
This was an encouraging start to the season for Clerihan who had the outstanding player on the pitch in the shape of midfielder Sean Maher.

It was a baptism of fire for the U12s who will quickly want to forget this performance. A shaky start resulted in the concession of an early goal and they were 0-3 down at half-time. There was no improvement in the second half as the clinical Town attack pushed home their advantage. A crumb of comfort was the display of team captain Conor McGrath who made a number of crucial interventions when switched to defence.

Many congrats from Clerihan to the minor footballers of Tipp who wrestled the trophy from Dublin in a dramatic finale. Special mention goes to our own lads from Clerihan, Eoin Fitzgerald and Cathal Quigley. 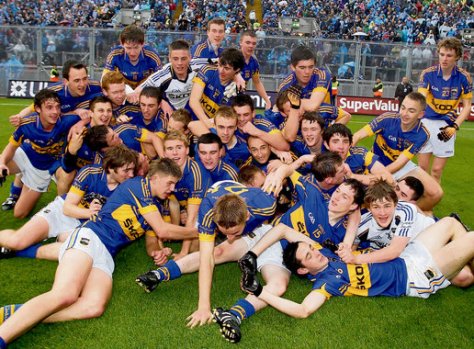 We also spotted our All-Star footballer, Declan Browne who was interviewed before the match on TV3.  A TV star in the making! 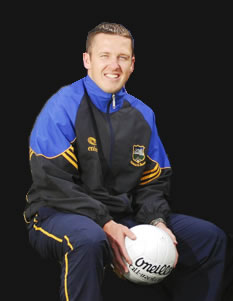 Mixed results this week our youth team went down 6-2 against Clonmel town and our junior team won 10-0 at home against Mulinahone.